On Floods and Free-Speech 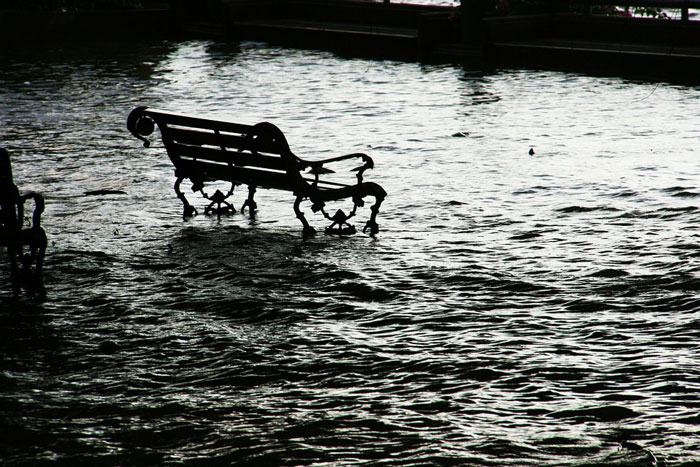 A few weeks ago, we experienced catastrophic floods in my local neck of the woods. Lismore, a town about 15 minutes away from me saw flood water rush through, devastating business and destroying homes, making international news. One news channel reported that more than 130 people had called for SES support at the worst of the flooding, often from the roof-top of their car or home, yet the conditions prevented the SES following through with a rescue. Even though evacuations were ordered, people were shocked and many caught unawares at the sheer force of the waters. Usually something so full of life and beauty, became a beast reeking havoc. In amidst the rising waters, reporters noted that many people were allowing their children to play in the water, or were even out enjoying a bit of wake-boarding for themselves; oblivious to the dangers lurking.

The morning after the floods, as I read people’s comments of support and assistance on Facebook, I also saw comments of warning. While the clean-up was beginning, people needed to know that the water had mixed with sewerage, a lethal combination that left health personnel concerned. As I considered the truth of what the water actually contained, clear to all through what it left, I wondered about the other issue recently in the media: the fight for diversity over perceived ‘equality’. In this fight, two sides were being formed- those who valued free speech and those who only valued it if they liked what was being said.

While the floods and free-speech may seem rather different ideas, I realised that actually the floods provided a good analogy of the current tides that are sweeping through our nation. As the waters of the ‘equality’ agenda weave their way through our discussions in both the public and private spaces, peoples’ minds are shifting. Dominant voices, declaring freedom and acceptance for all, are causing people to emotively join in, often unaware of the dangers lurking just below the surface. As these voices shout loudly, they are actually resulting in a loss of freedom for a growing minority in our population: Christians who follow Jesus and his word.

In this debate, Andrew Bolt (a non-Christian himself), called to account the ‘avant-garde barbarians’ who are working to silence free-speech and diversity; two things that our rich Australian heritage has been known for. In the last month or so, we have had a boycott of Coopers Brewery for their connection to the Bible Society, an attack on IBM Managing Partner Mark Allaby for his connection to the Lachlan Macquarie Institute (a training organisation set up by the Australian Christian Lobby) and a Twitter attack on Macquarie University’s Senior Research Associate Steve Chavura also for his connection to the Lachlan Macquarie Institute.

As we see this growing trend, it causes one to stop and question, “as a nation, where are we headed?” Should equality for one group, in this case those who identify as LGBTQ, be at the expense of embracing religious, philosophical and cultural diversity that in the past we have held so dear? This issue though is not just for people of faith, it is for anyone who values independent thought and the freedom to share these thoughts; exactly what Steve Chavura highlighted on the Bolt Report. If we don’t declare that the waters contain dangerous pollutants, once the waters have passed, will we be left regretting our decision to enjoy the ride?

As a Christian, it is often hard to know when to speak up and when not to. The biggest soapbox we want to be on is the one declaring the gospel to the world in need. Our activism needs to be focused on God’s grace. But this doesn’t mean we don’t sit back without a fight. In the event of a flood, people in the flood path start preparing their homes. They sandbag. They lift their precious items. They consider what is important and what is not. As we look at the cultural shifts and the threat to free speech, we too need to start preparing. We need to knuckle down in our homes and in our church communities to learn what God’s word says about these issues. We need to train our children in the ways they should go so that they are equipped to face the playground onslaught. We need to actively share the gospel. We need to stand up for our faith- at work, at the pub, in the local mother’s group.

In Australia, the media and our politicians are two groups we need to be actively praying for. Over the past year, many journalists are choosing to yield their pen as an instrument of power, picking and choosing whose point-of-view they give voice to. In this way, they are causing an unequal debate coincidentally on an issue of ‘equality’. Ironically, when the United States decided not to produce a Government-run Newspaper but encourage free-speech and free press, George Washington was quoted as saying:

“for if Men are to be precluded from offering their sentiments on a matter, which may involve the most serious and alarming consequences, that can invite the consideration of Mankind; reason is of no use to us—the freedom of Speech may be taken away—and, dumb & silent we may be led, like sheep, to the Slaughter.” [George Washington, 15 March 1783, Retrieved from:https://founders.archives.gov/documents/Washington/99-01-02-10840 ]

It would do well for us all to heed these words. We need to be ready to stand for what we believe in, and fight for the beautiful freedom we currently experience, but we need to be willing to follow our Saviour, even if it is like sheep to the slaughter.

The Changing Tides: Be Ready

I grew up listening to Steve Grace sing “The Great Southland of the Holy Spirit” (Bullock, 1991).  But I acknowledge that those days of Australia being a ‘Christian nation’ are gone. When journalists like Andrew Bolt voice our concerns, we should see it as a call to arms. In the Bible, God used whomever he wanted as his mouthpiece. As I listened to Bolt highlighting the growing Christian persecution in this nation, I couldn’t help but wonder if perhaps God is doing it again. The tides are changing and we need to be ready. If we don’t acknowledge the beauty of our current freedoms and stand for the freedom to continue, we are at risk of losing it completely.  Whether it is LGBTQ activists, or the Smiths next-door, people need the grace of the Gospel and love in action. But loving, doesn’t mean being silenced, it means listening and calmly and lovingly agreeing to disagree. Freedom-of-speech needs to be valued and people need to be respected. If we don’t respect one another, the greater casuality will be the beauty of diversity, which once lost may be lost forever.