Loving the Rainbow: Christians and the Plebiscite 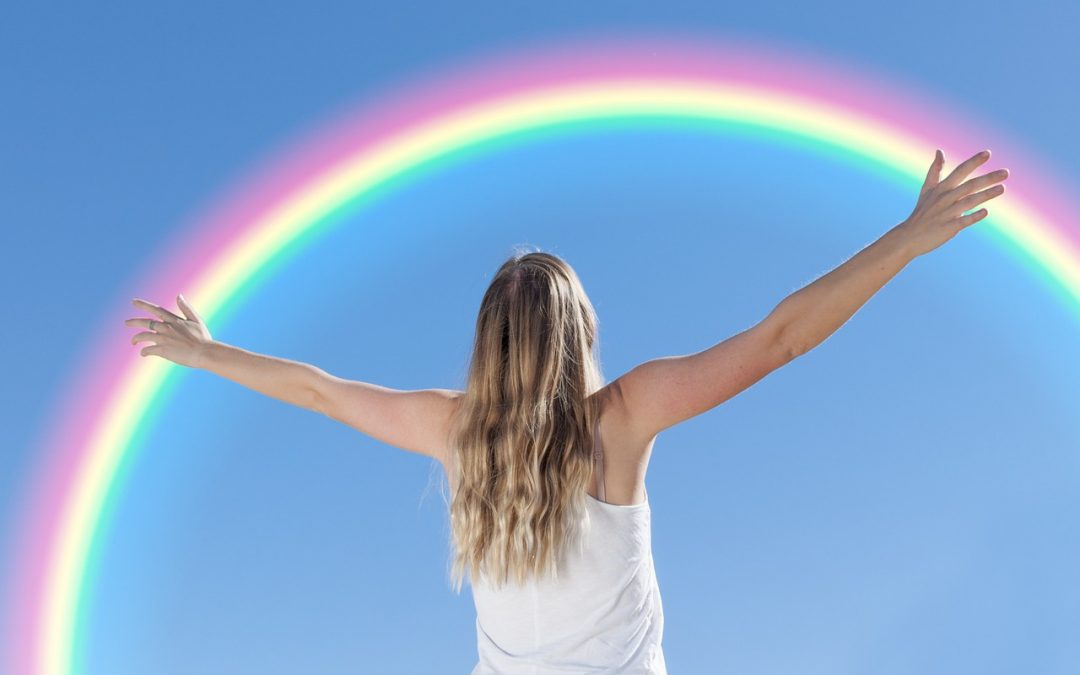 I have always loved rainbows. Singing along to “I can see a rainbow” on PlaySchool when I was a child and now with my children, reminds me of the beauty and brilliance of a rainbow- all the colours, combining to create a wonderful display of creation and of a creative God who faithfully keeps his promises.

Last week, I saw some rainbow flags flying in the wind, glorious in their colours, dancing to the breeze. It grieved me: the rainbow now brings mixed feelings to my heart. It grows heavy and weary of the debate swirling. Of animosity shooting forth from the mouths of Christians and non-Christians alike. Of hearts breaking as discussions are had. John Anderson recently said he was concerned that our society was fracturing over this issue, and perhaps it is. As I ponder the days that we find ourselves in, like others, I am full of questions.

How should we as Christians respond? How do we love our son, our cousin, the homosexual parents of our child’s friend? How do we navigate these times?

Homosexuality isn’t new. For a Christian, living out a homosexual relationship is defined by God to be sin (Romans 1:18-32). Since the Fall in Genesis, relationships have been plagued with sexual sin- pornography seeps into our homes and ‘sexting’ appears to be on the rise with our teenage generation. All sinful expressions of sexual yet broken beings, created to be complete and whole in relationship with their Creator, yet groaning under the curse of sin weaving its tentacles through our pulsing veins. The reality that we have all fallen short, taken our eyes off God and are trying to pursue our own fulfillment is evident. What makes us human, and what forms an essential part of our identity- the desire to be intimately in relationship with another- has today become one of our biggest battles. We see a rise of Domestic Violence, split marriages, gender confusion and now a push for a redefinition of marriage to normalize same-sex unions. The reality though is that for all of us, our relationship fall short of what they were designed to be. To differing degrees, we each struggle to fully realise what we were created to desire, because what we truly need is reconciled relationship with our Creator and Saviour.

What Does the Bible Say?

Sinful culture is also not new. Over the past few days I have been thinking of when our God took his people into Babylon, the city that he refers to later in Revelation as the epitome of sinful living. In Babylon, laws too were passed. Laws that ordered people idolize not the institution of marriage, but the ruler Nebuchadnezzar. So how did men of God respond to these laws? What wisdom can we glean from them? We are told in Daniel 1 of four young men who were Jewish nobility. They had everything going for them- they were attractive, intelligent and competent- and were chosen to serve in the palace. As the story unfolds, Shadrach, Meshach and Abednego, who had access to the King, chose to quietly stand for what they believed in and suffer the consequences. They didn’t form picket lines, or even debate in front of the King; they stood for what they believed in and allowed God to battle for them. In case you are wondering- God came through. He caused the fiery furnace to be a show of his might and power, further endearing the 3 young men to the Nebuchadnezzar who had once raged in anger at their insubordination.

What about Daniel? Well, we are told that Daniel has his time to make a big stand for his faith later under King Darius. Darius sees Daniel’s potential and promotes him, trusting him and seeing no error in him. This proves to be Daniel’s undoing, as evil plotters seek his demise. A law is brought in that prevents people from praying to anyone other than Darius, once again idolizing the ruler. Daniel, waiting until he knows the law has been passed, then makes his stand. He quietly goes to his house, and in front of windows, he prays opening to God (Daniel 6:10).

In the prophets and John the Baptist though, we see an opposite approach. Here they call people to repentance by pointing out the depravity of mankind. For until a person realizes they are a sinner in need of a Saviour, they cannot recognize their need for reconciliation with God through Jesus. This isn’t a popular declaration, then or now; John the Baptist so offends Herod’s wife over her sexual choices that Herod has him killed. For many people, sexuality is an intimate and personal thing, something precious and treasured and so it often triggers an emotional response.

So how does this speak to our context? How do we interpret these examples in order to be witnesses in the sinful culture before us? I believe firstly, we are to recognize that God is sovereign and at work in our world. We can see God has used both approaches: both the vocal and the more reserved stands. In both approaches though, I believe that the average Aussie doesn’t need to be bombarded with Christian rhetoric that makes them think the Church hates homosexuals. Instead, they need to know that there is a love greater than any other, who came to earth, endured persecution, bled, died and rose again: all to demonstrate his love for us while we were sinners.

We need to prayerfully petition our God. As we see sin exposed, we need to cry out fervently to our God. We need to ask him to change the hearts of the lost who surround us, opening their eyes to their need for a Saviour. We also ought to be in authentic relationships with them, above reproach, so that when he answers and opens their eyes, we will be there to give an account for the faith we have.

We need to stand for what we believe in. I’ve read many articles this week, some arguing that we are to refrain from voting in the postal plebiscite because this is how we show love; others saying same-sex marriage is inevitable. A plebiscite is a vote by individuals asking them to express what they believe in. This is a potential opportunity for us to be like Daniel, Shadrach, Meshach and Abednego, to make an individual stand for what we believe in and resist giving way to the idolatry of sexual fulfilment. The Church is called to be a light on a hill, who are called to be holy and live a life that demonstrates the effects of Jesus. If we water down what the Bible says, making the Gospel more palatable, it becomes some twisted distortion rather than God’s word. We can do so though in a way that is respectful yet firm. Like Daniel, we can be open and honest about what we believe, but we must seek opportunities to point out the answer for sin is found in Jesus. Marriage won’t save us, but it was given as an example for a relationship that will.

We need to love the hurting. This Same-Sex marriage debate has exposed the fact that the church has done a pretty poor job of ministering to those who are same-sex attracted. As abstinent, same-sex attracted Christians have come forward with their struggles, how have we responded? Have they found mercy and grace at the feet of Jesus just as we have? Have they found support, encouragement and accountability in their Bible study groups? Have they found authentic church relationship that can encourage them to press in to Jesus? As a Christian community, are we all looking to that final day when one day our desire for true relationship will be fully realised as we are reunited with our Saviour? Married or unmarried, same-sex or opposite-sex attracted, all one in Christ Jesus, battling with our sin and living alongside one another as the Holy Spirit conforms us more into the image of Christ. It is a daily struggle, one that we need not be fearful of.

As I turn to the Bible, I find hope for the day. I can look to the rainbow and remember that God is still on the throne. He still keeps his promises. He one day will return. When we see the gay-pride flag, may we be moved to uncompromising love, not disdaining the sinner but being reminded we are all called to repentance. May we too, take comfort in the fact that our God is faithful and he is still offering salvation at the loving feet of his Son Jesus.