The Parable of the Ten Virgins 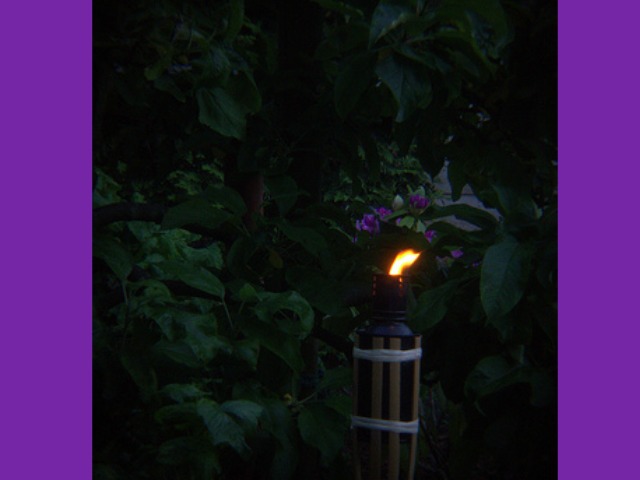 A few days ago I came across a little note hidden away. As I opened it, it was the poem my beautiful man had penned and recited to me as he proposed. I can still remember the moment of our proposal, it was funny it was a surprise- we had talked about marriage, had the wedding ring designed together and I knew when it was ready to be picked up. David had planned a number of dates in advance to keep me guessing and then proposed on the first scheduled date (surprise!). It was beautifully planned- he led me along the Brisbane River to a chair in the Botanic Gardens that had a magnificent view, hopped down on one knee and read to me a poem he had written, asking me to be his bride and help-meet for life. Beautiful.

There is nothing quite like a proposal story and engaged couple. In Matthew 25:1-13, we read of a proposal period and the arrival of an expected groom:

Then the kingdom of heaven will be like ten virgins who took their lamps and went to meet the bridegroom. 2 Five of them were foolish, and five were wise. 3 For when the foolish took their lamps, they took no oil with them, 4 but the wise took flasks of oil with their lamps. 5 As the bridegroom was delayed, they all became drowsy and slept. 6 But at midnight there was a cry, ‘Here is the bridegroom! Come out to meet him.’ 7 Then all those virgins rose and trimmed their lamps. 8 And the foolish said to the wise, ‘Give us some of your oil, for our lamps are going out.’ 9 But the wise answered, saying, ‘Since there will not be enough for us and for you, go rather to the dealers and buy for yourselves.’ 10 And while they were going to buy, the bridegroom came, and those who were ready went in with him to the marriage feast, and the door was shut. 11 Afterward the other virgins came also, saying, ‘Lord, lord, open to us.’ 12 But he answered, ‘Truly, I say to you, I do not know you.’ 13 Watch therefore, for you know neither the day nor the hour.

In this relatively simple parable, there are some key factors that need to be understood. These are the Jewish marriage tradition, the role of the groom, the role of the bridesmaids or virgins, and the betrothal period. It is important not to try and allegorically interpret each element (as my English teaching side so often wants to do!) Instead we need to allow the context and rest of Jesus’ teaching to facilitate our interpretation.

Firstly, it is very important to have an understanding of the Jewish marriage tradition. In Jewish tradition, the proposal was actually a contract between the fathers of the bride and groom. The fathers would arrange the marriage by exchanging an engagement contract. Some time following this, the bride and groom would have a betrothal ceremony with family and friends, where they would make a covenant before their guests, promising to marry one another once the betrothal period had come to an end. This betrothal was so binding, that if the groom died within this betrothal period, the bride was considered a widow, even though the marriage had not been consummated.

The betrothal period could last up to a year and during this period, the groom was busy at work. It was the groom’s role to prepare a place for his future bride. The betrothal covenant ensured the groom didn’t work in vain- short of a divorce, he was guaranteed his wife. Sometimes, the groom’s preparations meant he would build an additional room on his parents’ home for him and his bride to live in. It may also mean he would go about purchasing land and grow a crop, to show his ability to provide financially. All of this was with the aim of preparing a place for his bride, supporting her and any children that they may have.

During the betrothal period, it was up to the bridesmaids to wait for the groom. The bridesmaids were  younger sisters, cousins or close friends (unmarried, hence virgins), and according to Jewish tradition, there were usually ten. In traditionally style, the groom arrived in a procession at night in order for the whole town to be home and be able to celebrate. Instead of carrying flowers, the bridesmaids carried torches that were ignited with oil. Their torch signified their role as bridesmaid. They were waiting expectantly for the return of the groom and the wedding to take place. When the day came, the groom came and collected his bride and her bridesmaids walked alongside her, singing, dancing and creating an atmosphere of celebration. The procession went throughout the town and all came out to celebrate with the bride and the groom, for the period of waiting was over.

The procession then culminated in a feast that often lasted up to seven days, where the celebration continued. Then at the end of the wedding celebration, the best man (close friend of the groom) joined the bride’s hand to her groom signalling the wedding had come to an end and then the marriage was consummated.

In this parable, Jesus is the groom. We are currently in the period of waiting. Jesus as the groom, has gone to prepare a place for his bride- the collective church (John 14:2-3). The bridesmaids attend to the bride and represent people who profess to be Christians. Yet in this parable, we see that the hearts of the bridesmaids differ. Some are genuine Christians- waiting expectantly for the groom to return. Others are not- they are sleeping on the job and their heart is not truly waiting for the groom.

So what is the oil? The oil is true salvation and the grace of God that saves. It is a life transformed through the reality of saving grace. The foolish virgins appeared like they were committed to the job of waiting. Externally, they looked the part. Inwardly, they were snoozing and they were not prepared. They did not have the oil required to be a bridesmaid. The thing about saving grace is, we can’t borrow it from someone else. Just as a bridesmaid was responsible for their torch, we are responsible to God for our sin. We need a Saviour. We need to go to the foot of the cross and recognise Jesus as the true groom in order for salvation to be bestowed upon us. Then we need to go about the job of waiting expectantly for his return.

As John MacArthur points out, “I am interested …that in this particular parable of ten virgins, the Lord didn’t say one of them didn’t have any oil, He said five of them didn’t. And although I don’t want to take something and make it a mathematical conclusion out of that, what that says to me is that He sees a large number of people like this. It isn’t to say that half of everybody in the church is unredeemed but it’s surely is to say that it’s a common issue, it’s not isolated. And I believe the church is filled with these kinds of people who are unredeemed people, who are unprepared and whether they meet the Lord at His Second Coming should He come in their life time or whether they meet Him in death, and they will one or the other, they will be at that moment unprepared though they have been religious and though they have been involved in Christian people and though they have nice feelings toward Christ and though they may be self-deceived into thinking that all is well.”

As I consider this parable, I go through self-examination. How committed am I to the task of holding my oil-lit-lamp of saving grace. Is my faith a genuine recognition of my wretchedness aside from God’s grace? Do I recognise my need for Jesus to save me and that it is by grace alone I have been saved? If so, I need to live in light of this grace. I need to be expectantly waiting for my groom to return. It will be a bigger day than my beautiful man proposing to me. It will be a day when the wheat and the tares will be separated- some will enter, some will not (Matthew 13:24-30). Which group will I be among? Which group will you? Are we prepared for the return of our groom- the King of Kings and Lord of Lords?