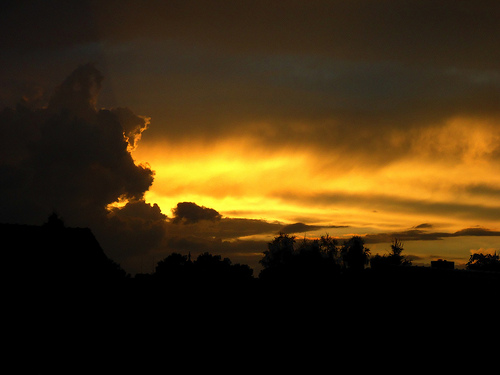 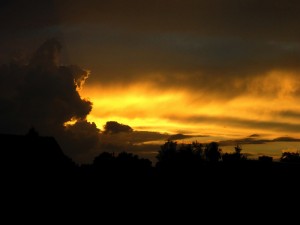 Over the past few years I have been reminded how sad we get when a good moment ends. Seeing my littlies cry when we leave a play date or when the Ice Cream comes to an end often highlights this for me. I wonder how often I am looking to the next ‘exciting thing’ or to the future, that I forget to savour the moment. We often try to contain the joy- ‘If I could just bottle these feelings of joy, then I could have a little taste now and then when my feet are dragging a little’. Walt Whitman has been quoted as saying, “Happiness, not in another place but this place…not for another hour, but this hour.” I think stopping and really appreciating the moment is such a challenge in this life, particularly when we are so busy and we often seem to flit about from one thing to the next.

As I read ‘The Transfiguration of Jesus’ in Matthew 17:1-13, this reminder of savouring the moment once again surfaced. It would have been amazing to be Peter, James and John, invited to go up to the mountaintop to see Jesus in all his heavenly glory: “And he was transfigured before them, and his face shone like the sun, and his clothes became white as light.” (Matthew 17:2). It also makes me realise just how much Jesus’ gave up- all his glory, majesty and visual brilliance, to become a mere man. As Isaiah prophesies:

For he grew up before him like a young plant,
and like a root out of dry ground;
he had no form or majesty that we should look at him,
and no beauty that we should desire him.
He was despised and rejected by men;
a man of sorrows, and acquainted with grief;
and as one from whom men hide their faces
he was despised, and we esteemed him not.

In this moment of majesty and glory, Jesus was ‘transfigured.’ This word ‘transfigured’ is root of the English word ‘metamorphosis’. According to the Strong’s Greek Definition, it is the Greek word ‘metamorphóō’ which means being properly transformed in keeping with an inner reality (Check it out here). So essentially, Jesus changed his image, revealing externally who who he really was internally- God incarnate. And then to add to the excitement, Jesus was joined with Moses and Elijah and the three of them just started having a chat, catching up perhaps? (Matthew 17:3). No, not just catching up, they were talking about what was to come- what Jesus must endure and in enduring, what Jesus was about to accomplish (Luke 9:31). Imagine what your reaction would have been- you’ve been asleep (Luke 9:32), you wake and your best friend Jesus is radiantly shining along with Moses and Elijah and they are standing in a group talking. This would have been one rare occasion when the loveable Peter is quiet. For the moment that is.

He doesn’t stay quiet for long though. In verse 4, Peter finds his voice-“And Peter said to Jesus, “Lord, it is good that we are here. If you wish, I will make three tents here, one for you and one for Moses and one for Elijah.” I’ve always found this a little bit of a strange reaction- why would you make them each a tent? If it was Paul, the tentmaker, perhaps it would have been less of a surprise. Yet the fisherman Peter, offers to make three tents, showing that Peter wanted to contain the joy of the moment and make it last. He wanted Jesus, Moses and Elijah to set up a comfortable abode and dwell there for the time being. He thinks about what might come next, and the fact the three men- Jesus’ radiating his glory and Moses and Elijah also reflecting Jesus’ glory (Luke 9:30-31)- may just need somewhere to sleep for the night. It has an element of forward thinking and a servant-like quality, yet I also wonder just what Peter was up to and why this is included in Scripture.

John MacArthur adds his wisdom to why Peter says this, “Now we don’t know what his [Peter’s] motive was.  We don’t know what all of the things going through his mind were.  But he really liked what he was experiencing and the ambivalence of his thrill and his terror, he made this suggestion.  One of the other gospel writers says he said this because he had no idea of what he was saying.  Isn’t that good?  He didn’t know what he was saying so he just said whatever came out of his mouth.  But it’s helpful here as a contrast to what was going on.” (J. MacArthur, GTY, Preview of the Second Coming Part 2).

Remember Who Jesus Is

Then, in the middle of Peter drawing up plans for three tents, the Father speaks from heaven: “He was still speaking when, behold, a bright cloud overshadowed them, and a voice from the cloud said, “This is my beloved Son, with whom I am well pleased; listen to him.” When the disciples heard this, they fell on their faces and were terrified.” (Matthew 17:5-6). So, in the middle of Peter suggesting they set up home there, Father God interrupts and reminds him just who Jesus is. Isn’t this so like us- we get busy making plans, trying to bottle the joy or thinking about what we can do to heighten it, and we forget that God- in his Sovereignty has control of all things. Ahh Peter, how I see so much of your personality in myself…

Jesus then lovingly comforts the disciples and tells them to have no fear (Matthew 17:7). The disciples look up and they see only Jesus. The moment of heavenly glory revealed on earth has finished. The moment may have ended but it is not forgotten. It makes a lasting impression on these three and acts as a remind- they are to remember who Jesus is. Jesus is the Son of God and one day they will once again see him in all his glory and splendour. John shows just how life-changing this event was, he opens his gospel with, ” And the Word became flesh and dwelt among us, and we have seen his glory, glory as of the only Son from the Father, full of grace and truth.” (John 1:14).

As I go about my week, I want to remember just who Jesus is. That in being the Servant King, He still is the King of Kings and Lord or Lords and one day  I will see him in all his splendour and glory. I won’t need to bottle up his glory for the moment, because I will be with him for eternity. May we look to eternity and recognise this life- triumphs and trials- are fleeting compared to the life that is to come.