Learning to Live the Authentic Life 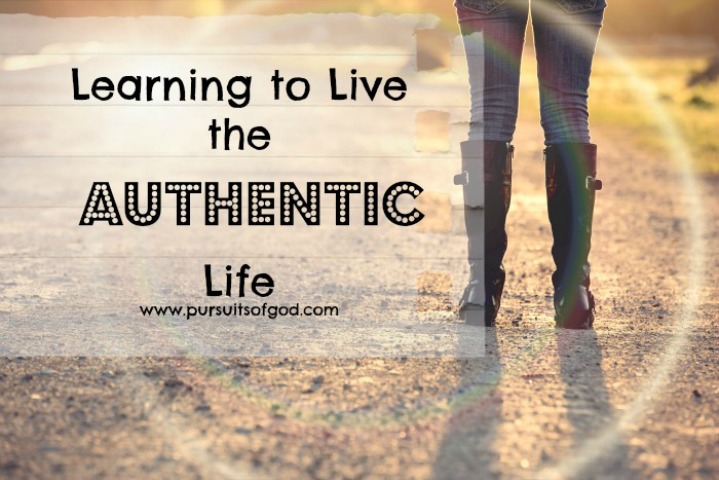 People-pleasing has been one of my flaws for as long as I can remember. I want to be liked and I want to be accepted. It has infiltrated all aspects of my life unfortunately- my relationships with my family, my relationships with my friends, my relationships in the church and my relationship with God. I struggle with the notion that God loves us completely because He sees His Son in us and so I wrestle with the saved completely by grace. I have been known to wonder if I had a bad day because I skipped my Quiet Time with God, and God was subtly (or not so subtly) reminding me what a ‘bad’ practise this is. But the more I know of God, the more I realise this simply is a poor understanding of Who He is and who He has created me to be.

I am not alone in this. Peter, one of the closest friends of Jesus and key pastors of the Early Church struggled with this too. In Galatians 2:11-14, we read that the dynamite Paul comes alongside Peter with some correction for this people-pleasing Pastor:

11 But when Cephas [Peter] came to Antioch, I opposed him to his face, because he stood condemned. 12 For before certain men came from James, he was eating with the Gentiles; but when they came he drew back and separated himself, fearing the circumcision party.13 And the rest of the Jews acted hypocritically along with him, so that even Barnabas was led astray by their hypocrisy. 14 But when I saw that their conduct was not in step with the truth of the gospel, I said to Cephas before them all, “If you, though a Jew, live like a Gentile and not like a Jew, how can you force the Gentiles to live like Jews?”

In this passage, Peter is in the Roman city of Antioch, surrounded by Gentiles and eating alongside them (a custom Jews abhorred). That is, until a group of Jews (ie. circumcised) came from Jerusalem and everything changed. Peter, hypocritically leads the rest of the Jews to separate from the Gentiles and eat separately. If you thought seating family at a wedding was tough, well, Peter was not the man to put in charge of seating arrangements! He gets scared. He makes the wrong call and Paul happens to be on hand to lovingly, yet with Paul’s unmissable gusto and passion, correct him. Why? Because this is confusing to the new Christians and is fake, two-faced and not modelling the freedom of the Gospel.

While this eating arrangement may sound petty, I have been wondering lately how much of this goes on in my life, in your life and in the church. Do we change who we are depending on who we are around? Are we known as being genuine followers of Jesus? What would your family say? or in fact your neighbours? Charles Swindoll wrote the following:

I am convinced that the church doesn’t need marketing devices, worldly strategies, live entertainment, or a corporate mentality to be contagious. Not if the glory of God is the goal. Not if the growth of God’s people is in view. Rather, the church needs biblical truth taught correctly and clearly . . . and then lived out in authenticity and humility.

In this, Swindoll points out that for some reason God has decided to use mere mankind as His avenue for spreading the Gospel and one of the greatest deterrents to the spread of the Gospel is hypocritical Christians. As the church, the body of Christ, we need to be taught biblical truth and then, with the empowerment of the Holy Spirit, live this out “in authenticity and humility”.

A few years ago, I heard a story of a Christian lady giving her teenage daughter a good once-over, pointing out in a tone that couldn’t be missed, just what she felt about her daughter’s behaviour. The problem was, when she’d finished her rant, she looked at her mobile phone and realised that at some point, she had answered a call from her Pastor who had heard the whole shebang. Ever had one of those moments? When I heard this, I laughed along with my mothering-comrade and inwardly recoiled- my first thought ‘thank goodness it wasn’t me!’ was quickly mixed with shame for my sin. You see, in examples like this, we worry because the person has been caught out, not because the sin happened in the first place. Like a child caught with smeared chocolate all around the mouth, we wonder how we can talk our way out of the situation in order to excuse our behaviour.

As I read Glimpses of Grace, I was struck by the fact Gloria Furman shared her sin (in a published book for the whole world to see!) I was so moved that I realised this is what I want for my life- for isn’t this exactly when Christ’s grace is the most brilliant? It isn’t by sweeping our sin under the rug, nor is it through putting on a mask as we enter Church. God is most glorified in us when we realise we are perfected in Christ, by Christ.

As my husband Dave constantly reminds me- there will always be the haters, but what matters most is who God sees us to be. For in authenticity, with the washing of the Word and work of the Spirit, we are being sanctified and this is the beauty of the Gospel! May God use my triumphs and my sin in order to be glorified so that His Kingdom work can be done here on earth. It is my prayer for me and you that when that glorious unveiling occurs, I won’t be found tirelessly sweeping sin under a rug so that people will think I’m a fantastic person, but that I will be found dressed in white, perfected in Him and presented as His glorious bride.