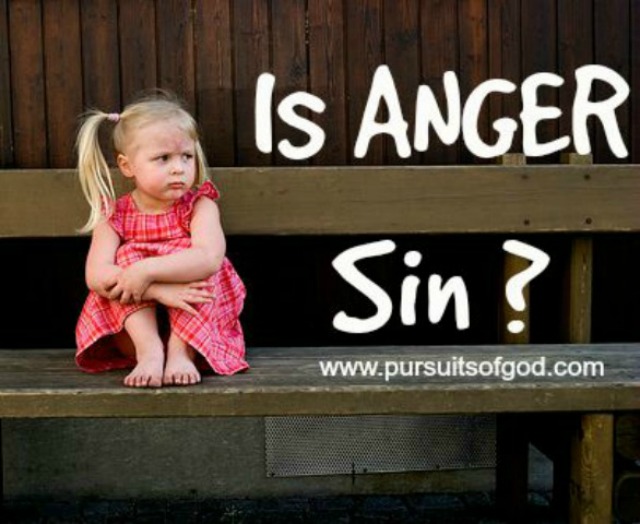 Anger is something that seems to be part of our human nature. During my teenage years, I would often ‘vent’ at my mother, making her feel under direct artillery fire, spewing from my mouth. Over the past few years, as social media has grown, I have often seen posts come under the excuse of ‘venting’ and I have wondered if this is simply a new way to voice our anger. Some would argue that the act of venting, or in fact voicing anger is therapeutic, others would argue it is unhelpful and should be suppressed. As we look for answers, in this highly-charged debate, it is often confusing and simply leaves us with more questions. Is anger sin? Should we ‘vent’ in whatever form we find helpful? Or should it be held in? And if it is sin, why do so many things seem to press our buttons, cause our blood-pressure to rise and turn a fairly ‘normal’ human being into a morphed version of Mt. Vesuvius, leaving lava and ash smouldering in her wake?

The answer to this is yes and no. First and foremost, we can look at the Bible and see what God tells us about anger.

There are a number of verses that show us God experiences anger; showing anger is not always sin, as God is holy and righteous.

So, what about our anger? Are we able to be angry and not sin? In Ephesians 4:26, we are instructed to “be angry and do not sin,” showing that this is possible.

Tim Keller, in his sermon on Healing Anger, defines anger as “love in motion towards a threat against something you love.” In this definition, we see the examples of God being angry, and the God-man Jesus being angry to be love towards people- God experiences anger towards sin and unrighteousness and in this, God’s anger is righteous. God is however, slow to anger- He has such patience with us and His anger isn’t simply a blowout on a bad day. Instead, God’s anger is mixed with such great love. If God didn’t show anger, He would be indifferent to people and this is the opposite of love.

Ancient theologian Augustine says that “the biggest disorder we as humans have is disordered love.” (in Keller) and this disordered love leads to disordered (and sinful!) anger. God’s love is always directed at the right place. As sinful humans, living in a sinful world, where our love is directed is often the problem. For example, if I was simply angry at the sin of disobedience or hardness of heart in my children when they were doing the wrong thing, this would be righteous anger, yet how easily this becomes anger at the child standing in front of me, rather than the sin; it is frustration at the inconvenience it has caused me and actually becomes about love directed at myself rather than my children.

Keller says that our disordered love and in turn disordered anger appear in three ways:

So what is ordered love? Ordered love and ordered anger is destroying the sin, not the person. In any relationship, righteously applying anger is using surgical precision (Keller) to cut out the sin and leave the person in one piece. It isn’t about stewing over it, reliving it, blaming them, emotionally manipulating them- it is about dealing with it precisely and then being restored in relationship.

Tim Keller gives us three points to consider when we find ourselves angry:

In Jeremiah 45:5, the Lord asks Beruch (through the prophet Jeremiah), “And do you seek great things for yourself? seek them not…” May we remember this as we consider what or to whom our anger is directed, and prayerfully ask the Holy Spirit to convict us when our anger is disordered due to disordered love. As we go about our lives, may we seek the kingdom of God above our convenience and comfort, aiming to glorify God in and through our thoughts, words and actions.