Book and Program Review: The Zookeeper- Naomi and Stephen Reed 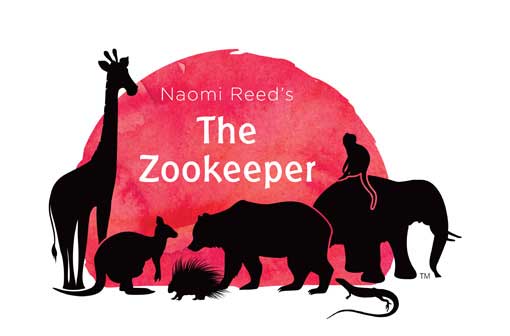 “The Zookeeper”ˆ written by Naomi Reed and illustrated by her son, Stephen Reed, is a delightful allegory of the Gospel and big picture of the Bible for children. This book is the latest in The Zookeeper line by Naomi Reed that demonstrates her artful writing and storytelling ability. She delicately tells the story of a group of animals:

Animals. Animals of every kind- slithering lizards, and swaying elephants, and swinging monkeys, and leggy giraffes, and brown bears, and kangaroos and even a stroppy old tree porcupine. – p. 6, The Zookeeper, Naomi Reed

These animals are deeply known and are loved by their Zookeeper. They in turn love him back. Together, they live in a beautiful open-plain zoo.

While they live in this beautiful open-plain zoo, with everything they need, an inquisitive Giraffe wants to go and play in the dark forest, the one place they were not allowed to go. As the story unfolds, we read a story of pain, consequences and overwhelming love.

This book is written in 10 chapters with illustrations woven throughout. In terms of the length of the story, I would recommend this book for children over 7 years old. I would classify this book as an illustrated short chapter book, rather than a picture book due to the word to picture ratio. The illustrations are classical and are black pen and ink drawings that beautifully support the text. As I have thought through the absence of colour and classical nature of the illustrations, I have come to appreciate the way they enhance the story, working together in partnership, rather than distracting the reader and/or listener from the text. 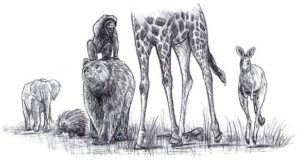 As I read this book with my daughter, we enjoyed the colourful descriptions and rich imagery used. Reed’s writing style in this text reminded me of the classical allegories such as The Lion, Witch and the Wardrobe by C.S. Lewis, yet is more accessible to a younger audience. Similar to Lewis, there is a lion who takes a sacrificial part in the story, though Reed manages to make it her own and weaves the character of the lion into the story in an original way. My daughter at 5 1/2 is a little younger than the 7 years old I recommended and I was unsure how she would navigate the darker plot aspects, however she was so caught up in the characters of the story that she wasn’t affected by this.

At $15, this is a wonderful way of introducing ideas of the gospel and the Bible cohesively to children, particularly children from a non-church background. 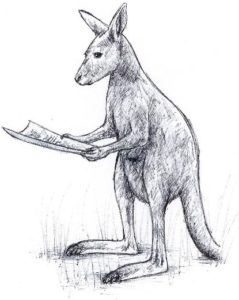 Naomi Reed has also written a Lesson Plan that can be purchased for $39.95 from her website. It is an in-depth pdf plan with 10 lessons and accompanying resources. I thought this would lend itself beautifully to be taught in a Scripture class or even in primary English. The text is rich in language and has deep themes to be discussed and unpacked. With teaching allegorical stories, I have always found that it is a balance between unpacking the meaning behind the story and allowing children to enjoy the story at the surface level. Reed’s lesson plans walk this line well, with creative activities, a drama activity, games, class discussion, Bible verses and prayers. The lesson plans do not have curriculum outcomes, so these would need to be added if taught in a mainstream class setting where these are required.

This book has been self-published, which means that it doesn’t have the printing budget that a publication house would bring. But don’t let this deter you- the narrative and illustrations shine, making it an enjoyable story that I would love to sit down with my children and read and discuss for years to come.

“The Zookeeper” is available to purchase from The Wandering Bookseller.